The Project: Hello There, Walking Away From It Ain’t No Fun Jongil Ma’s work reflected on Randall’s Island’s geographic role, by interpreting the Island as a physical and metaphorical bridge, exploring the interconnectivity of different spaces. The installation responded to and recreated the tension, balance and beauty of major architectural structures such as the Hell Gate and RFK Bridges, with major flow lines representing the figures of surrounding roads and railways. The movement was suspended and supported by four columns. Like the roadways and structures themselves, the piece embraced the dynamic, athletic energy of the park, the city and its people through its enormous circles and curved lines. While the installation focused on the Island’s physical and functional points, it also expressed the complexity of our life stories, and attracted the viewer through its active, moving lines, drawing or painting in the open, outdoor space. Jongil Ma creates woven sculptures that take the form of large, site-specific installations. Each piece engages with a public space through its interaction with the pre-existing architecture and spatial dynamics. Ma is interested in conveying complex emotions; he writes, “The tension in the graceful curved lines, delicate joineries, and temporal forms speaks to the fragility and ephemeral nature of human relationships, and, equally, to the balance and stability in nature.” He studied at School of Visual Arts, New York, New York (BFA, 2002). Thats it! you gotta smile! 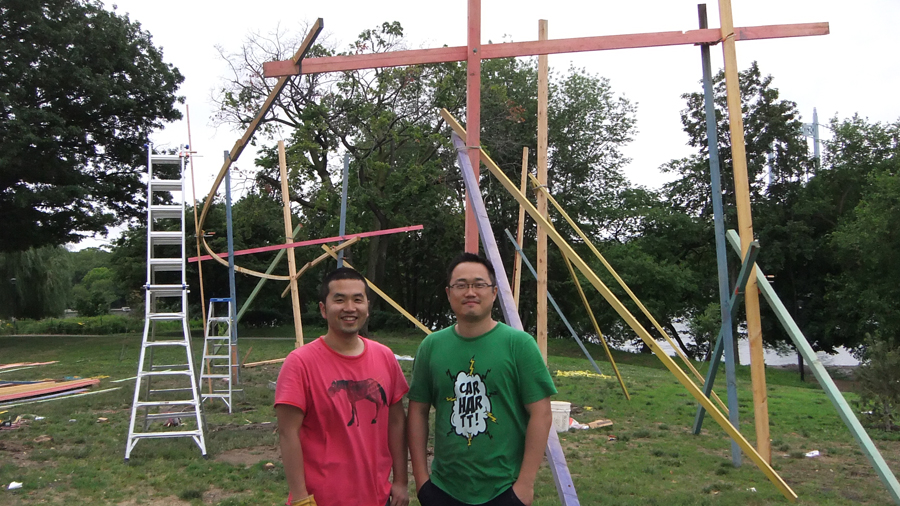 So~ now peace! everybody working hard 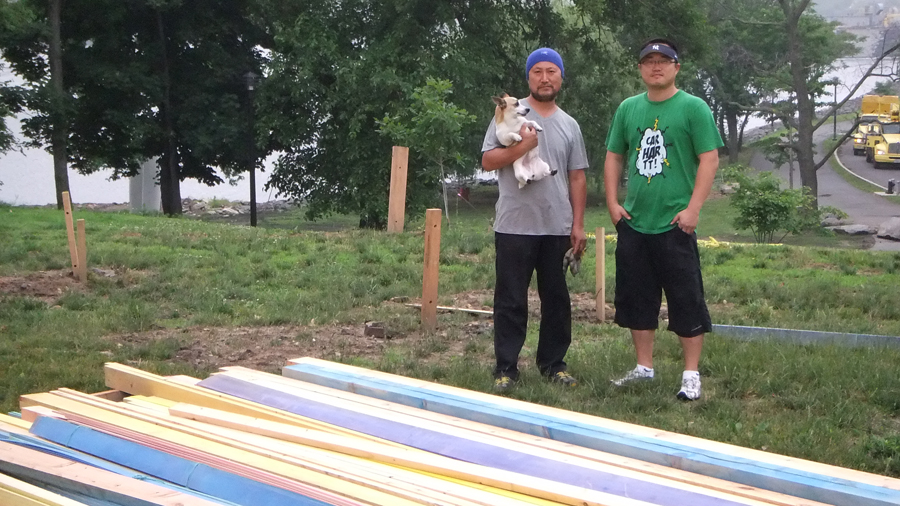 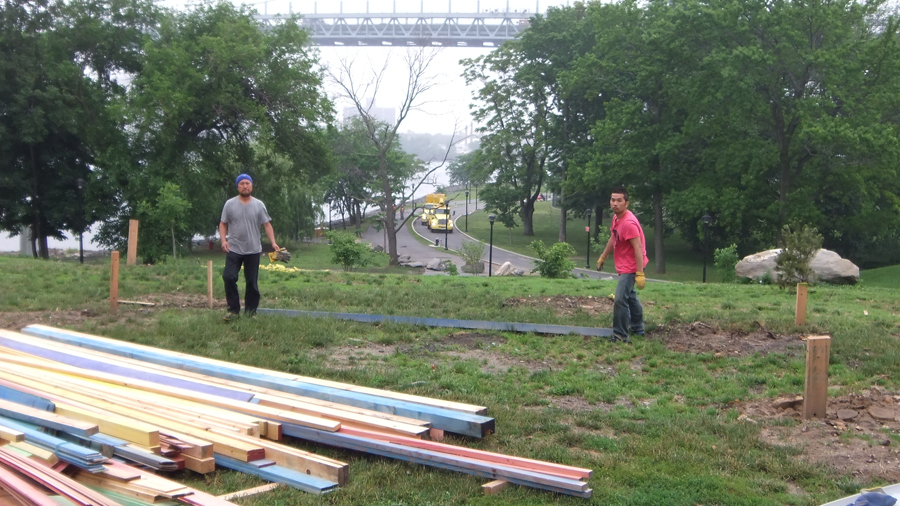 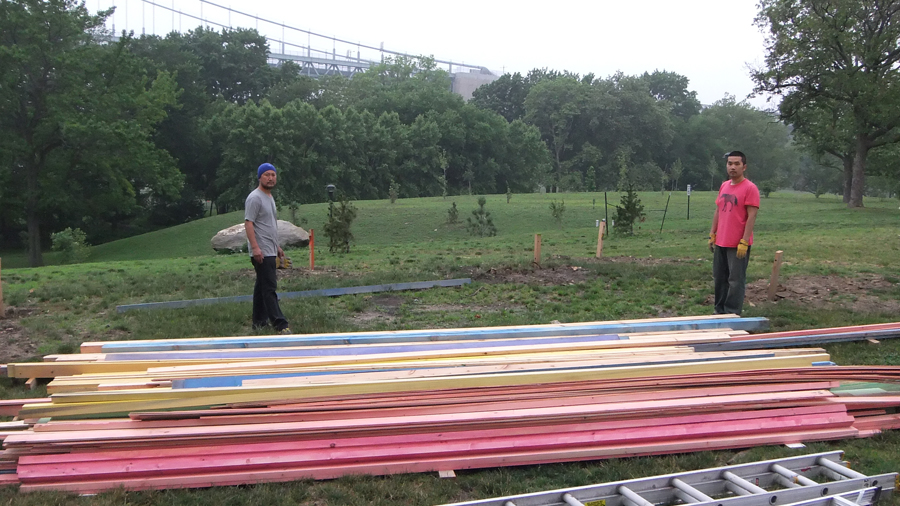 Hey Ho, I know your feeling but we have to start, don’t we?

16th, Digging the ground for making concrete base

Purchasing lumber and the processing